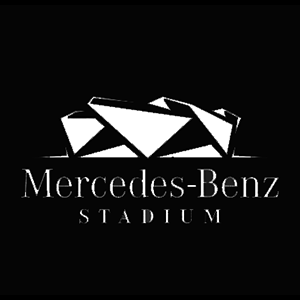 The Stadium Managers Association promote responsible drinking and positive fan behavior at Mercedes-Benz Stadium. The Mercedes-Benz Stadium Fan Code of Conduct and the details of the alcohol management plan that appear below ensure that fans have a safe and fun experience.

Fan Outreach is not currently conducted by TEAM Coalition  at Mercedes-Benz Stadium.

TEAM Training at Mercedes-Benz Stadium is conducted by S.A.F.E. Management and AMB Sports and Entertainment.

Mercedes-Benz Stadium  hosts multiple leagues and fans. The following are the Codes of Conduct for Major League Soccer and the National Football League fans.

Major League Soccer, its Clubs and its venues are committed to creating a safe, comfortable, and enjoyable soccer experience for all guests in and around our stadiums and facilities.

MLS and its Clubs will immediately action the following behaviors as they represent a threat to the safety of the event:

The listed behaviors are prohibited based on safety and violations and will be subject to sanctions.

The National Football League, Atlanta Falcons and Mercedes-Benz Stadium are committed to creating a safe, comfortable and enjoyable game-day experience within the Mercedes-Benz Stadium and surrounding property. We want fans of all ages to enjoy the excitement and enthusiasm of game days; therefore all fans are encouraged to respect the rights of others by displaying proper etiquette. The Fan Code of Conduct includes, but is not limited to, abstaining from the following:

Stadium staff will promptly intervene when necessary to ensure the Code of Conduct is enforced. Ticket holders and/or patrons who choose not to adhere to these provisions will be subject to ejection without refund, revocation of season tickets, and possible arrest and prosecution for violations of city ordinances.

Fans are encouraged to report any inappropriate behavior to the nearest security guard or Mercedes-Benz Stadium employee. Fans wishing to report inappropriate or suspicious behavior may also do so by text message on your mobile device or by calling our assistance hotline.

The National Football League, Atlanta Falcons and Mercedes-Benz Stadium thank you for adhering to the provisions of the Fan Code of Conduct.