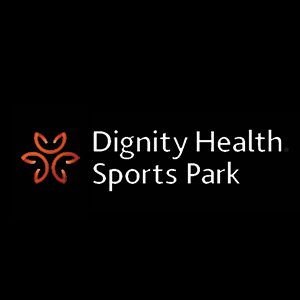 Dignity Health Sports Park hosts multiple leagues and fans. The following are the Codes of Conduct for Major League Soccer and the National Football League fans.

Major League Soccer is committed to creating a safe, comfortable and enjoyable soccer experience for all guests in and around our stadiums.

MLS fans have a right to expect an environment where:

* THROWN OBJECTS: The use of streamers and confetti as an expression of fan enthusiasm is not prohibited, but will be kept under review. Streamers are not to be used to impact the competition and/or thrown at or toward a player, referee or stadium staff member.

Failure to abide by this code of conduct is subject to sanctions, including ejection, banishment and arrest.

MLS and its Clubs thank you for adhering to the provisions of this Code of Conduct and for making this event special and memorable to you and your fellow patrons.

“The National Football League and its teams are committed to creating a safe, comfortable, and enjoyable experience for all fans, both in the stadium and in the parking lot. We want all fans attending our games to enjoy the experience in a responsible fashion. When attending a game, you are required to refrain from the following behaviors:

» Behavior that is unruly, disruptive, or illegal in nature.

» Intoxication or other signs of alcohol impairment that results in irresponsible behavior.

» Interference with the progress of the game (including throwing objects onto the field).

“Event patrons are responsible for their conduct as well as the conduct of their guests and/or persons occupying their seats. Stadium staff will promptly intervene to support an environment where event patrons, their guests, and other fans can enjoy the event free from the above behavior. Event patrons and guests who violate these provisions will be subject to ejection without refund and loss of ticket privileges for future games.”