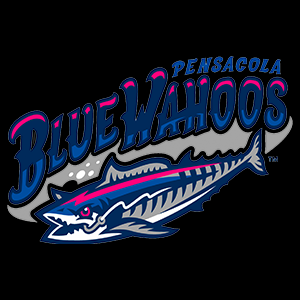 The Stadium Managers Association promote responsible drinking and positive fan behavior at Blue Wahoos Stadium. The Blue Wahoos Stadium Fan Code of Conduct and the details of the alcohol management plan that appear below ensure that fans have a safe and fun experience.

To ensure that Blue Wahoos games are safe and enjoyable for all fans in attendance, the following ballpark rules and behavior guidelines are enforced at Blue Wahoos Stadium.

1. Proper behavior is expected from all of our guests. Foul/abusive language will not be tolerated and will be cause for ejection and/or arrest. Violators may also have their season tickets revoked. Notify the nearest guest services or safety/security representative immediately if actions of this type occur near you.

2. Entering the playing field without authorization or throwing objects is a violation of ballpark rules and may prove hazardous. Offenders will be ejected and subject to arrest and prosecution.

3. Smoking is prohibited in Blue Wahoos Stadium, which includes the seating sections, concourses and stairwells.

4. Keep aisles clear at all times; emergency situations require that stairways be kept clear. Guests sitting or standing in the ballpark aisles jeopardize the safety of others.

5. Sit only in your assigned seat to avoid inconveniencing other guests.

6. Handheld umbrellas are allowed in the ballpark. Please be courteous of those around you when using an umbrella. Please, no beach umbrellas.

7. The Blue Wahoos ask that no one solicit contributions or distribute literature on ballpark property without written approval of the team.

8. Flags and banners without poles are permitted. Flags must be event related and may not cover any ballpark signage. All flags or banners deemed inappropriate by stadium management are subject to removal.

9. Guests will not be permitted to bring alcoholic beverages into the ballpark, nor will guests be allowed to enter the ballpark if they appear to be intoxicated.

10. Drunk and disorderly behavior as well as violation of any alcohol policy will result in ejection from the ballpark without refund and could result in the loss of season tickets.

11. Gates will open 60 minutes prior to the start of the game for general admission. We strongly encourage guests to enter the ballpark as early as possible to avoid delays.

12. All guests entering the ballpark are subject to a search. Refusal may be grounds to prohibit admission.

13. Guests may ask players for autographs before or after, but not during the game.

15. Handheld radios and televisions are allowed as long as guests listen with an earpiece or headphones. Guests should be considerate of their neighbors when using these devices.

18. All fans must comply with requests from the stadium staff regarding stadium policies and emergency response procedures. Be safe. Have fun!

TEAM Training at Blue Wahoos Stadium is conducted by the SAVOR and Spectra.

Fan Outreach is not currently conducted by TEAM Coalition at Blue Wahoos Stadium.