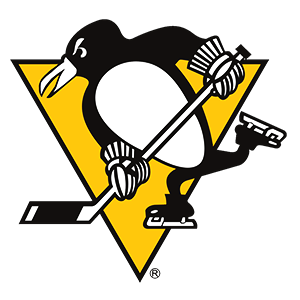 The Pittsburgh Penguins promote responsible drinking and positive fan behavior at PPG Paints Arena. The Penguins Fan Code of Conduct and the details of the Penguins alcohol management plan that appear below ensure that fans have a safe and fun experience.

Guests of legal drinking age who hold a valid driver’s license and wish to sign up to be a designated driver, may stop by the Designated Drivers booth during Pittsburgh Penguins games. In return for safe and sober transportation of their group from PPG Paints Arena, the designated driver will receive a coupon redeemable for a complimentary soft drink during the game.

The following sets forth the code of conduct by which all Ticket Holders must comply.

PPG Paints Arena intends to provide a safe, comfortable, and fan-friendly atmosphere for all of our guests. Consequently, the Pittsburgh Penguins strictly prohibit and will not tolerate certain behavior, including, but not limited to, the following, which may be cause for ejection, loss of season ticket privileges, and/or arrest and prosecution:

Patrons may be ejected without warning if deemed necessary for the safety of other individuals. Repeated instances of unacceptable behavior by you or other patrons using your tickets shall be grounds for revocation of a season ticket plan.

As a show of hockey etiquette, and as a courtesy to others, we ask that you wait until there is a stoppage of play before leaving or returning to your seat. Also, please refrain from leaning forward, as it may obstruct the view of others seated behind you.

For the comfort and safety of your fellow fans, please keep aisles clear. Standing behind the last row of seats is prohibited unless designated by a Standing Room Only ticket.

The National Hockey League and its Member Clubs are committed to creating a safe and comfortable environment and enjoyable entertainment experience. NHL fans have a right to expect an environment in which they will be treated in a consistent, professional and courteous manner by all arena, team and National Hockey League personnel. The Players and Officials have the same rights. Accordingly, fans are responsible for their own conduct.

The following standards have been established with respect to fan conduct: