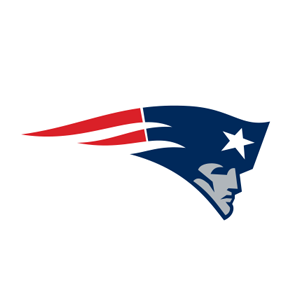 The New England Patriots promote responsible drinking and positive fan behavior at Gillette Stadium. The Patriots Fan Code of Conduct and the details of the Patriots alcohol management plan that appear below ensure that fans have a safe and fun experience.

TEAM Training is conducted at Gillette Stadium by the New England Patriots/Revolution and TEAM Ops.

There are 11 locations where Patriots fans can Be a HERO, Be a Designated Driver at Gillette Stadium. Fans can pledge to stay sober and ensure a safe ride home for their friends and family at booths just inside the three main gates, 4 guest services locations on the 100 and 300 levels of the stadium, and at the 4 concierge stands on the club level.

And at the end of the season, one fan, the Patriots Designated Driver for the Season, will be the Honorary Team Captain and join the Patriots captains for the coin toss on the 50-yard-line to start the final home game of the season. Four additional winners will receive an autographed Patriots helmet. At Gillette Stadium this season, there is no doubt that Responsibility Has Its Rewards.

As always, the New England Patriots and Gillette Stadium remain committed to creating a safe, comfortable, and enjoyable experience for fans of all ages, both in the stadium and in the parking lots. The New England Patriots and Gillette Stadium officials are proud to support a league-wide initiative by the National Football League to promote fan code of conduct initiatives designed to enhance the experiences for all football fans throughout the NFL.

The Patriots are proud of the progress that has been made at Patriots games since from the early 1990s and hope that publicizing the expectations of fans through this fan code of conduct initiative will only help to further encourage continued improvements. We continue to require all Patriots patrons to take responsibility for their conduct and to ensure that they are not interfering with the enjoyment of others. Fans attending games are required to refrain from the following behaviors:

All ticket holders are responsible for their conduct as well as the conduct of their guests or any other people they allow to use their seats. Event patrons and guests who violate these provisions will be subject to ejection without refund and potential loss of ticket privileges for future games. The New England Patriots, Gillette Stadium and the NFL thank you for adhering to our fan code of conduct.